Abelardo Margolles produced his doctoral thesis at CSIC’s Instituto de Productos Lácteos de Asturias (IPLA-CSIC) between 1992 and 1997, with a study of pathogenic microorganisms in Asturian artisan cheese. After being awarded his PhD in Pharmacy by the Universidad de Santiago de Compostela, he completed a postdoctoral fellowship at the University of Groningen in the Netherlands, from 1997 to 2000, where he studied resistance to antibiotics and cytotoxic compounds in lactic acid bacteria.

He has been a CSIC researcher since 2000 and is currently an IPLA-affiliated Research Lecturer. He has been a member of CSIC’s Food Science and Technology Commission (2008-2012), Head of IPLA-CSIC’s Dairy Product Microbiology and Biochemistry Department (2009-2012), as well as Collaborator (2012-2015) and Manager (2015-2017) at the Ministry of Economy, Industry and Competitiveness’s Subdirección General de Proyectos de Investigación (Agri-Food Resources and Technology Programme; Food Science and Technology Sub-Programme). Since 2003, his research has been made possible by securing continuous competitive funding. He has been Principal Investigator on public projects for which funding has been awarded by the Spanish National RDI Plans, the Regional Research Plans of the Principado de Asturias, the European Union and CSIC. Since 2016, he has been a Scientific Investing Member of EBT Microviable Therapeutics, S.L. (CSIC spin-off).

Highlights of his scientific career include his significant contributions to knowledge about food-related microorganisms and their effects on human health, primarily in two fields: the benefits of probiotic microorganisms, particularly bifidobacteria; and interactions between intestinal microbiota and the host. As a result of his research, he has co-authored a large number of scientific articles and is co-inventor of two patents.

Patricia Ruas received her PhD in Biology from the Universidad de Oviedo, completing her doctoral thesis at IPLA-CSIC on methods for extending the shelf life of refrigerated milk. From the end of 1999 to 2002, she completed a postdoctoral fellowship at NIZO Food Research (the Netherlands), studying the role of exopolysaccharides (EPS) from lactic acid bacteria (LAB) in the organoleptic and sensory properties of fermented milk. She returned to IPLA-CSIC in 2003, where she began a new line of research into the functionality of EPS from LAB and of human-derived bifidobacteria with probiotic potential.

In 2006, she obtained the post of CSIC Research Scientist and her first Spanish National RDI Plan project as principal investigator, for which she set up a laboratory to work on human cells, in order to study the interaction between probiotics and host. After six consecutive National Plan projects, this work continues to be regularly updated. She is currently a CSIC Senior Research Scientist and Coordinator of the RedBAL: Lactic Acid Bacteria in Food and Health (AGL2015-71923-REDT) thematic network of excellence, and has led competitively-funded international, bilateral and multilateral projects. She is the MicroHealth Group representative for the 2018-2022 Research Groups of the Principado de Asturias funding round (IDI/2018/000236). Finally, she is co-author of over 118 articles in SCI-listed journals, 21 non-SCI-listed articles and 19 book chapters, and is the leading author (source: Scopus and WOS) in scientific publications on the subject of EPS from bifidobacteria.

Susana Delgado is a CSIC Research Scientist affiliated to IPLA-CSIC. She completed her PhD in Biology at the Universidad de Oviedo in 2005 with a thesis titled “Human intestinal microbiota: analysis and evolution of representative populations and identification of probiotic bacteria”. Since then, Dr Delgado’s research career has focused on analysing human microbiota – specialising in microbial ecology and dysbiosis – and conducting studies on the intestinal microbiome and its relationship to diet and health, working in collaboration with other national and international research groups, as well as medical specialists. Dr Delgado is author of over 70 SCI-listed articles, co-author of three transferred patents and founding member of the CSIC spin-off Microviable Therapeutics S.L. 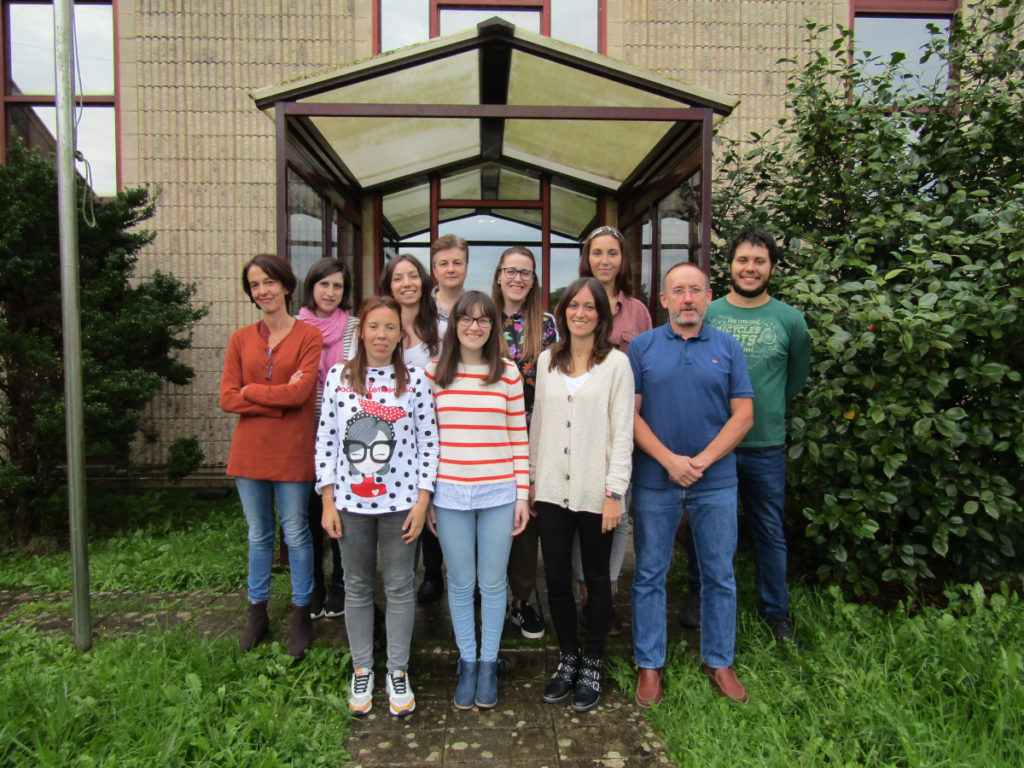 The MicroHealth research group, whose full name is “Functionality and Ecology of Beneficial Microorganisms”, was created in 2016 with the general objective of contributing to knowledge of the functions performed by the microorganisms present in the intestines and food, in relation to human health. In order to meet this overarching objective, our research work covers a range of areas, including:

In recent years, our group’s work has focused on developing dietary and/or nutritional strategies that use bacteria, or compounds able to modulate the microbiota profile and its activity, to help restore microbial balance and maintain health. Our strengths are rooted in our extensive experience in microbial physiology, which enables us to characterise the functional and technological properties of a wide variety of microorganisms. Another achievement we would like to highlight is the implementation of a series of techniques for conducting studies on probiotics, human microbiota and foodstuffs from a wide-ranging, ambitious perspective. The knowledge we have acquired of functional genomics and bioinformatics enables us to conduct projects on bacterial genome and complex population metagenome sequencing and functional characterisation. We have the equipment and experience necessary to perform proteomic and transcriptomic studies on microorganisms and human cells. Additionally, in order to study the interactions between bacteria, microbiota and host, we have put in place several in vitro and in vivo models, including models with immortalised cell lines, immune cells and human tissue, as well as preclinical animal models. We have also developed methods for studying the bioavailability of the nutrients and bioactive substances in food. The group takes a multidisciplinary approach to meeting its objectives, having national and international partnerships with experts in different fields, such as medical professionals from a range of specialisations, immunologists, nutritionists, chemists and bioinformatics specialists.