René Rodríguez obtained his PhD in Molecular Biology at the Universidad de Oviedo (Spain) in 2002, having completed part of his thesis during a period of predoctoral study at the University of Illinois in Chicago (US). Subsequently, he joined the Institute for Cancer Studies at the University of Sheffield (United Kingdom) as a post-doctoral research associate (2003-2007), where he studied DNA damage response in cancer cells. Over the following five years (2007-2012), he successively joined the Andalusian Stem Cell Bank (BACM, Granada, Spain) and the Centre for Genomics and Oncological Research (Pfizer-Universidad de Granada-Junta de Andalucía, Granada, Spain). In these two centres, he specialised in mesenchymal stem cell research and sarcoma modelling, and started to lead his own projects as a Senior Postdoctoral Researcher. Between 2012 and 2020, he held the position of senior researcher (on the Instituto de Salud Carlos III’s Miguel Servet programme) at ISPA / Hospital Universitario Central de Asturias (Oviedo, Spain), where he began to lead projects focused on exploring the relationship between stem cells and cancer in sarcomas and finding new therapeutic targets directed specifically against cancer stem cells. After completing the Miguel Servet Programme, René Rodríguez was promoted to team leader and he is currently Head of the Sarcoma and Experimental Therapeutics group at ISPA. 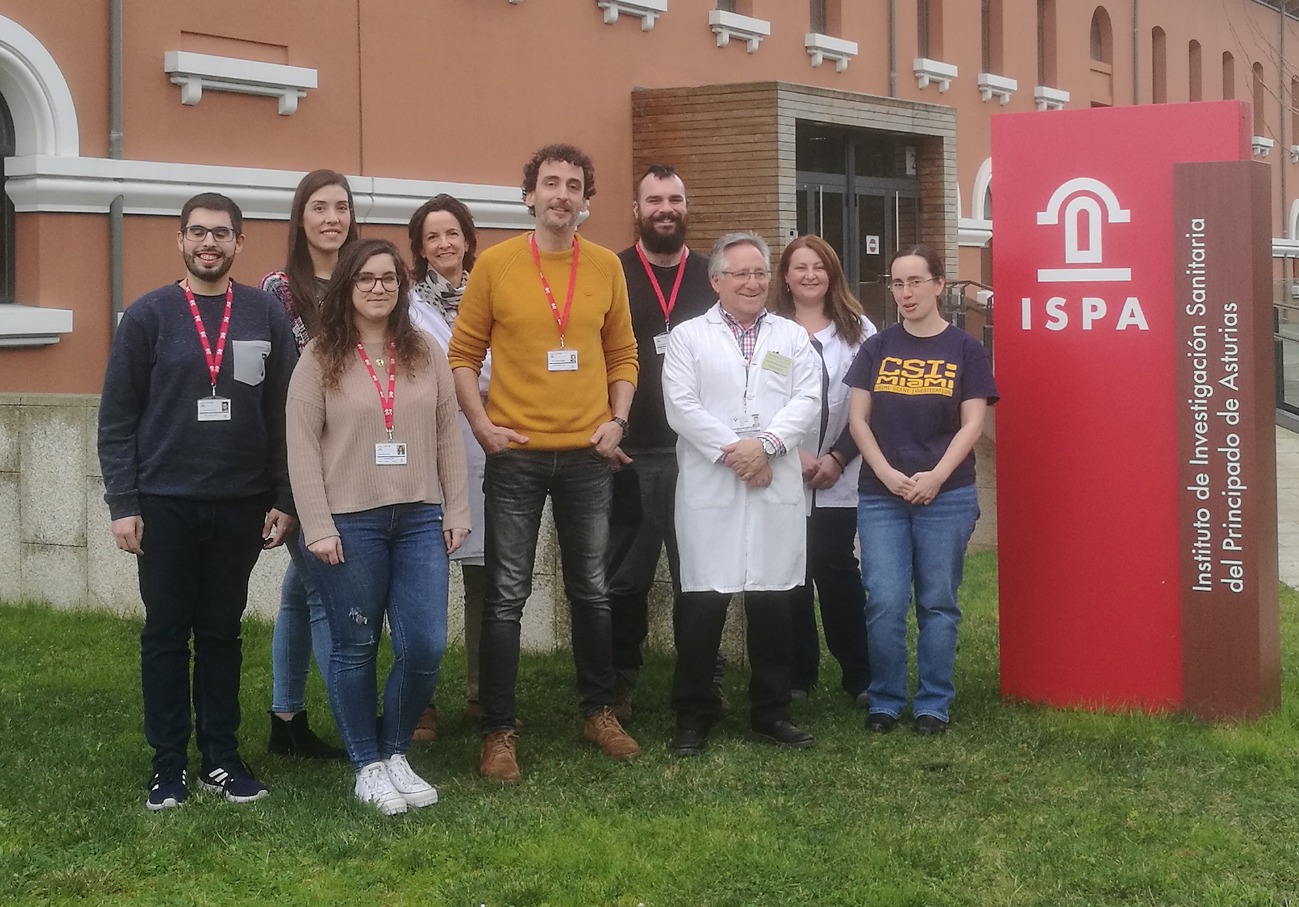 How the Group was Formed

The Sarcomas and Experimental Therapies group became an Emerging ISPA Research Group in December 2019. This consolidated the sarcomas line of research that Dr René Rodríguez had initiated in 2012, when he joined the Head and Neck Cancer Research Group as a researcher on the Miguel Servet programme (Instituto de Salud Carlos III). Since then, a significant amount of multidisciplinary research has been completed within the sarcomas line of research, through eight projects financed by the Spanish National RDI Plan and other national agencies. As a result of this work, over 20 studies have been published in first quartile/decile journals in this field – such as Oncogene, Stem Cells, Stem Cell Reports, International Journal of Cancer and Journal of Clinical Medicine – three PhD theses have been completed, and three patent applications have been filed.

Summary of the Group’s Research

The group has pioneered the study of sarcomagenesis on the basis of their cell of origin . In recent years, it has managed to develop osteosarcoma, leiomyosarcoma and myxoid liposarcoma models based on mesenchymal stem cells (MSCs) that have been transformed with specific mutations [1-7]. These models have confirmed that MSCs lose their immunomodulatory capacity and take on a pro-inflammatory phenotype during tumour transformation [8]. It has also been possible to characterise a new invasion mechanism in the myxoid liposarcoma [9]. As part of our most translational research, a collection of cell lines derived from patients who underwent operations in the Central University Hospital of Asturias (HUCA) [10] has been generated, and we are evaluating the utility of this collection for personalised medicine programmes. These cell lines include the associated clinical data, and many include in-depth genome characterisation (exome and/or panel sequencing) of both the cell lines and the patient samples. Organoid and patient-derived xenograft (PDX) models are also under development. These sarcoma models and patient samples have been used to isolate and characterise the subpopulations of cancer stem cells (CSCs) by culturing sphere clones in suspension (tumour spheres) or selecting subpopulations with higher ALDH activity (aldefluor assay) and/or SOX2 and OCT4 pluripotency factors with higher transcriptional activity (SORE6 activity). As CSCs, these subpopulations have displayed a greater capacity to initiate in vivo than the cultures that were not selected. We have also confirmed that all of these CSC isolation/enrichment methods may be used to evaluate the effect of anti-tumour therapies on CSCs both in vitro and in vivo [11, 12].

As part of the group’s search for effective therapies to treat sarcomas, its studies have found that SP1-regulated transcription is altered in several sarcoma models and that blocking it with mithramycin analogue EC-8042 can efficiently inhibit tumour growth in sarcoma models and primary cell lines. Additionally, EC-8042 inhibits the expression of genes associated with the CSC phenotype and is able to eliminate CSCs not only in sarcomas but also in other types of tumours [13]. Other drugs approved for sarcoma treatment, such as trabectedin, have also displayed good anti-tumour action against CSCs, and this activity can by synergistically enhanced through combined use with the topoisomerase I inhibitor camptothecin [14]. In contrast, other compounds, such as the staurosporine analogue EC-70124, did not display any cytotoxic activity against CSCs. However, this compound was shown to be a powerful inhibitor of ABC pumps involved in drug resistance and was therefore able to synergistically increase the antitumour activity of doxorubicin [15].

Our group performs translational research on sarcomas and the evolution of tumour subpopulations during tumour progression. We take a comprehensive approach to the study of sarcomagenesis, from initiation of tumour transformation to development and testing of new therapeutic strategies, with an increasing focus on moving towards the implementation of personalised medicine protocols. To carry out these lines of research, we have created a multidisciplinary group that brings together clinical researchers from a range of specialities (traumatology, pathology, radiology and oncology) with basic researchers trained in cell and molecular biology, biostatistics, research with animals and nanotechnology.